For a third year, the European Union (EU) Delegation to Japan, together with EU Member State embassies, European and Japanese research laboratories organized a number of events during the Science Agora 2017, Japan’s largest science fair. Every year, Science Agora offers a unique opportunity for scientists to interact with policymakers and the general public to discuss how science and technology transform our daily lives and occupy a central place in economic growth and societal change.

The key theme of the 2017 Science Agora was “Beyond the Boundaries”. In this regard, international collaboration and geographical diversity are just as important as diversity of disciplines. The FCC study, supported through EC’s H2020 EuroCirCol programme, was presented as an example of how international scientific collaboration transcends different boundaries and could help us address a number of inter-connected global challenges. In total five projects were selected to showcase how collaboration between European and Japanese institutes boosts frontiers in particle physics, sustainable energy sources, the internet of things, nuclear fusion, smart cities and climate change.

EU's "participation in Science Agora is thus driven by our twofold desire to show in a tangible manner some of the best science and innovation which are being developed in Europe, and to demonstrate the diverse ways in which European and Japanese researchers and scientists are cooperating", said EU Ambassador Viorel Isticioaia-Budura.

Frank Zimmermann (Deputy FCC-study leader) discussed how the FCC study strengthens the role of global collaboration in science, technology and innovation, leveraging the competencies of experts from different fields and countries. “We are facing a changing reality that not only opens up the opportunity for collaboration, but which actually necessitates the latter, as it becomes increasingly difficult for individual scientists or even individual countries to conduct groundbreaking research on their own. We have witnessed how scientific research has evolved over the past decades, requiring R&D efforts beyond institutes and even countries to develop novel enabling technologies.” International cutting-edge research helps us cross the boundary between the present and the future, and allows us to envisage a much more powerful post-LHC collider.

Moreover, Zimmermann presented the joint efforts with KEK and University of Tokyo in developing a new generation of superconductors that will meet the requirements of the high-field magnets needed for a 100 TeV energy frontier collider. It is key to the success of any high-tech project to involve the entire scientific and engineering community from the very early days onwards.

Frank Zimmermann (CERN) presenting the scope of the study for a Future Circular Collider and highlighting aspects of the collaboration with Japanese research institutes and universities.

The European Union’s participation in the Science Agora also included lively demonstrations of superconductors, a video illustration of the FCC collider, poster presentations, and small tokens for the young visitors! This event offered the opportunity for European and Japanese researchers to present their joint projects and, conversely, to listen to the voices of the general public, including Japanese high-school, middle-school and primary-school students fascinated by science. This next generation will eventually provide the researchers to work on the proposed future accelerator complex. At the Agora, the participating scientists also shared their original motivation and the questions they are trying to address through their research, thereby inspiring many young students who were curious about a researcher’s life. 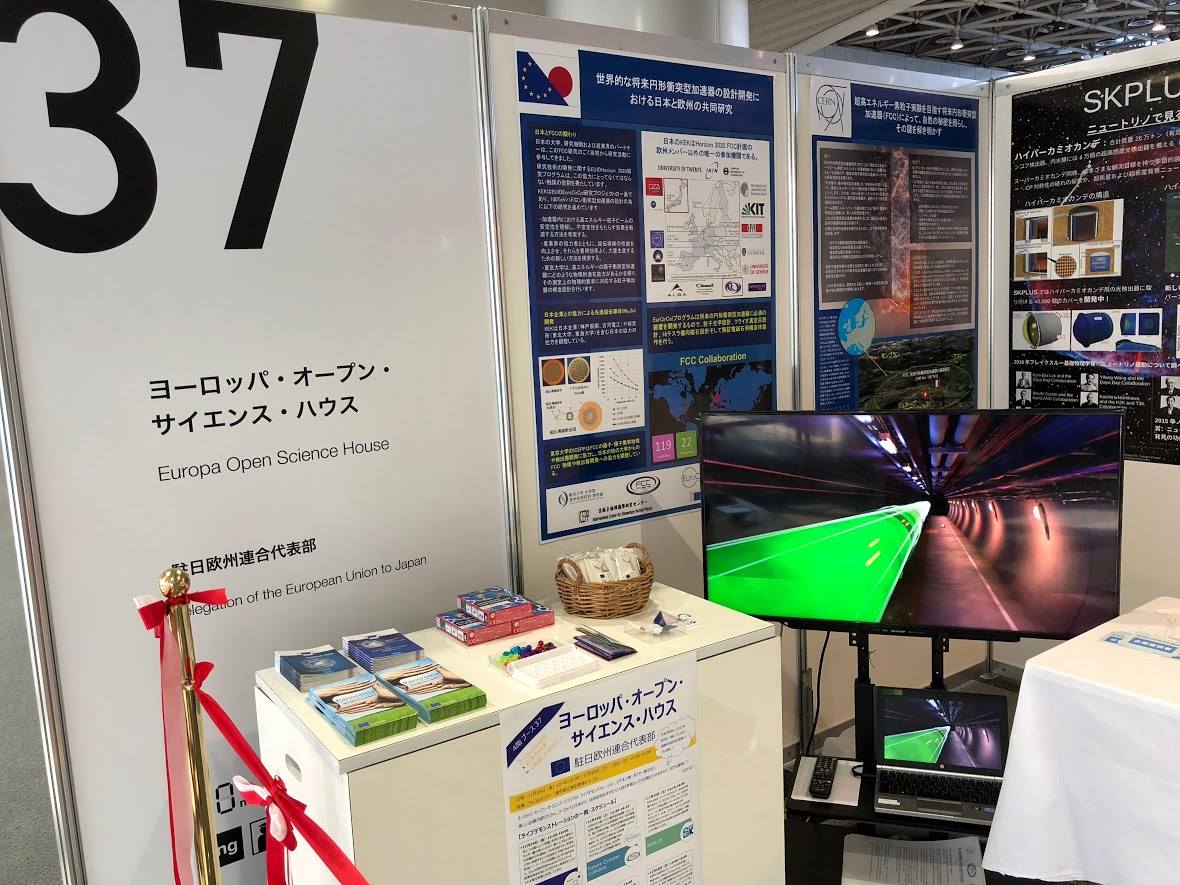 The stand of the EU delegation in the Science Agora 2017 giving information about a number of EC supported projects.

The FCC study along with the other collaborative projects that were presented at the Science Agora 2017 are helping to expand the area of world-leading scientific and technological collaboration between Japan and Europe – an area that will create growth and that will offer to young people, from around the world, the space to dream, to aspire and to develop.

A reverse hackathon with CERN

What if we selected a few CERN Technologies and put them in the hands of professionals that help create highly successful start-ups? 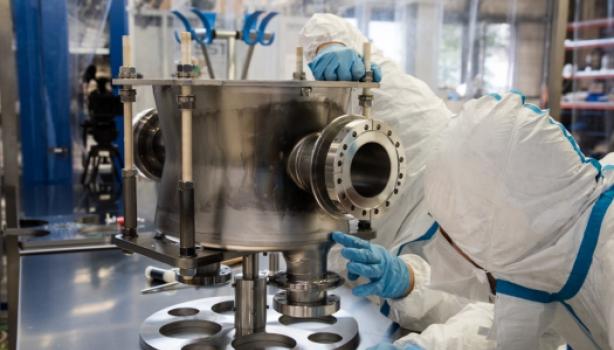 The first test of the HL-LHC crab cavities to rotate a beam of protons was performed last month at CERN. ARIES has launched an extensive characterization campaign of a broad range of high thermal performance materials for applications in future particle accelerators and the industry.