On 7th November 2017, the twice Nobel Prize winner’s 150th birth anniversary was celebrated along with the many successes made possible by the European Union’s Marie Skłodowska-Curie Actions (MSCA) over the past 20 years, with a particular focus on accelerator science. This was done through simultaneous events at CERN in Geneva, at Ludwig Maximilian University in Munich and at the University of Liverpool.

Marie Skłodowska-Curie conducted pioneering work in radioactivity. She was the first woman to be awarded a Nobel Prize and to win two of them in different fields of science. Born in Poland, but having to resettle in France to pursue her career, she ultimately became the first woman to be a professor at the University of Paris. Her interests included medical applications of her work: during World War I she developed mobile radiography units to provide X-ray services to field hospitals.

The Marie Skłodowska-Curie Actions (MSCA) have supported the training of more than 100,000 researchers at all careers stages over the past two decades. There have been several innovative training networks in accelerator science and technology. Professor Carsten Welsch, Head of Physics at the University of Liverpool and based at the Cockcroft Institute, has initiated and coordinated five of these Pan-European networks and organised the Marie Curie day. Current and past Fellows presented their research results in the form of posters at CERN, in Munich and Liverpool to a diverse audience.

In Liverpool, almost 100 local high school students attended a series of activities at the University. They started their day with an introduction by Madame Curie herself (played by an actress) and a live connection to CERN for a talk by Dr Marco Silari about the “international impact of Marie Skłodowska Curie Actions on research at CERN”. The students then moved to the Central Teaching Laboratory, where they enjoyed hands-on activities on radioactivity and a poster session about MSCA-funded research and training activities.

They also participated in a poster competition about “Women in Science”. Their activities finished with a talk by Prof Welsch about “Accelerating Researcher Training” that was also live-streamed at CERN. A film contributed by the European Commission’s DG EAC, Martine Reicherts, provided additional background information and the view of the EU. Finally, the evening saw a live-streamed talk by Prof Katia Parodi about the “impact of MSCAs on education and research in ion beam cancer therapy”.

On the afternoon of the same day, a poster session hosted at CERN offered the opportunity to young researches to present their work spanning different fields from searches of new physics to the application of advanced accelerator technology. Since 2004, more than 490 fellows pursued their research at CERN while presently about 134 participants in the programme benefit for the international academic environment offered by CERN. Following past year's success, in 2018, CERN will coordinate two new MSCA actions: EASITrain that aims to advance the fields of superconductivity and cryogenics and RADSAGA focusing on electronics exposed to raditation.  Both projects, brings together ten academic institutes and research centres of excellence and the leading European companies to advance these fields and provide training for 15 Early-Stage Researchers each. Finally, it should be noted that CERN is a beneficiary, in two other new MSCA ITN networks, namely CLOUD-MOTION related to the CLOUD experimnet and INSIGHTS  that aims to develop advanced statistical methods and apply them to current research in particle physics and beyond!

Prof Welsch says: “Marie Sklodowska-Curie herself is still an inspiration to us all on so many levels. The European funding programmes that carries her name has provided fantastic support for accelerator science and offered great career opportunities for enquiring minds.”

This view is shared by research Fellows Jacinta Yap and Bianca Veglia.

Jacinta Yap is a Marie Curie research fellow from Australia, now doing her PhD in Physics at the University of Liverpool. She is part of the Optimisation of Medical Accelerators (OMA) European training programme. She says:

“I didn’t really know what I wanted to do at university. Then I came across medical physics. It’s got everything that I’m interested in and what motivates me: science, medicine, physics and all the technical aspects from engineering.

“As a medical physicist, I will work in a hospital and interact with patients, doctors and machines, seeing first-hand the difference I am making.

“Being a woman in this field can be valuable. I find that sometimes I can think of different areas or different ideas that other people have not thought of before. It brings another perspective to a lot of things.”

Bianca Veglia is also a Marie Curie Fellow, based at the Cockcroft Institute in the UK. She is involved in the Accelerators Validating Antimatter physics (AVA) project, which is studying the properties of antiparticles. After graduating she used her knowledge of physics to provide credit risk assessment for a large consulting company before her love of science took her back to research.

“I easily found a position at a big credit risk management company because they hire lots of physicists. The work wasn’t bad but it was routine and I missed physics too much. I needed to feel part of something important.

“I am involved in this project about the low energy antiproton ring (ELENA) at CERN.

“Because the energy is low, particles with the same charge repulse each other, creating effects within the beam. I'm studying this and also how an electron cooler can be used to keep the beam in the right shape. When it’s decelerated the particles spread so the electron cooler helps keep a slim beam inside of the machine.

“I read that Marie Curie couldn’t teach in Poland because she was a woman. But in France they created a position just to let her teach. I see so many different possible paths in front of me. I would like to share this enthusiasm, so like Marie Curie perhaps teaching would be something I would like to do in the future.”

Anna Stakia has been a Marie Skłodowska-Curie fellow in CERN’s Experimental Physics department since May 2016. She is currently working on New Physics searches and Machine Learning.

“Marie Skłodowska-Curie is without a doubt one of the most eminent figures in physics, and in science in general. I feel honoured to be part of a programme that carries her name and I am personally incredibly inspired by it.

To me, the strongest aspect of the Marie Skłodowska-Curie Programme is that it offers a broad variety of sub-academic and training options through which a fellow can navigate. In this way, any strict academic barriers are overcome. At the same time, the mobility opportunities enhance the fruitful interaction of students not only with researchers and working environments in foreign countries, but also among themselves, thus creating a fertile field for collaboration, which expands their research horizons, accelerates their progress and boosts their career potential.” Prof Welsch concludes: “This event was an enormous success. We had hundreds of school children, students and researchers participate across the three sites, as well as more than half a Million people who read about our event via internet and social media on the day.”

Further information about Fellows and their projects, as well as all talks from Marie Curie Day 2017 can be found at marie-curie-day-2017.org. 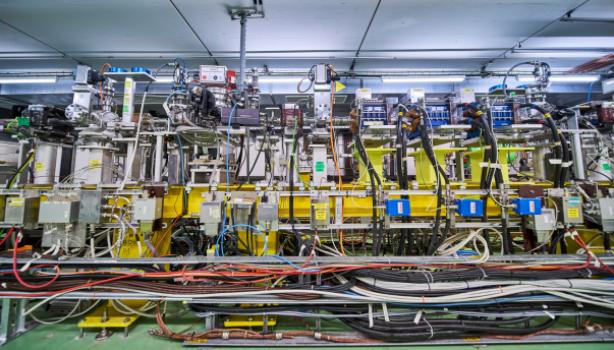 Exploring novel technologies for major savings in the energy consumption and cost of future accelerators. 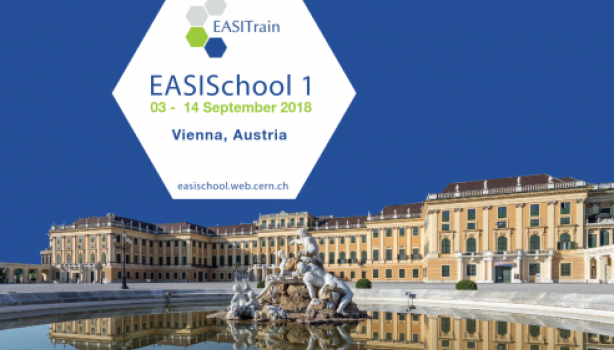 EASIschool '18: A summer to remember

A unique learning experience for the participants of the first school organized by EASITrain, this summer in Vienna.