Preparing the designers, builders and operators of tomorrow's particle accelerators

The curriculum is overseen by an international Advisory Board which includes JUAS’s 16 participating universities. Both courses are concluded by exams so that the latter may attribute ECTS and/or doctoral credits to their participating students. "Our students regularly come from more than 20 countries, exemplifying the international reputation and attractiveness of JUAS", says Philippe Lebrun, JUAS Director.

► Course 1: The Science of Particle Accelerators 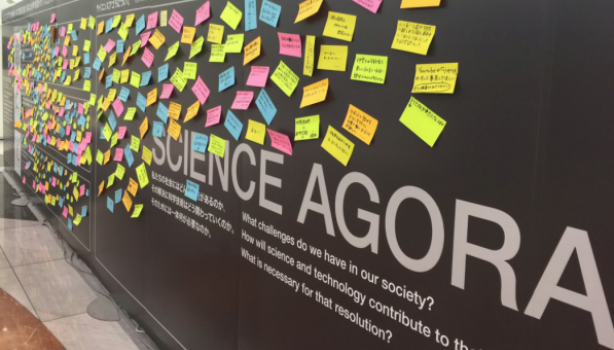 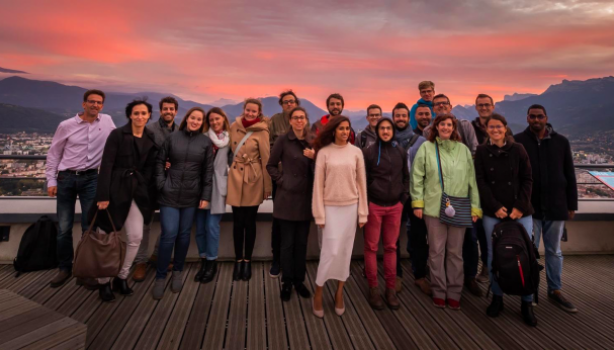 Cryogenics and its applications took central stage during the EASISchool 2 that was held from the 30th of September to the 4th of October in two CEA sites, Paris-Saclay and Grenoble, France. 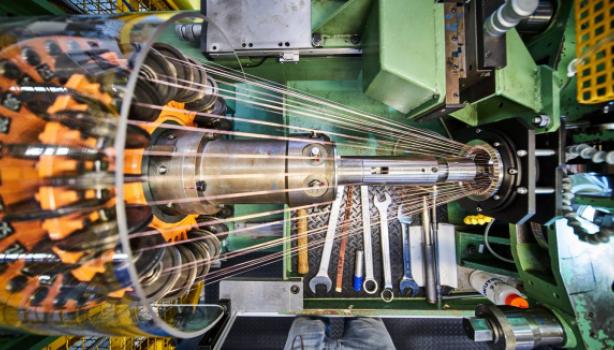 Collaboration between researchers and industry is key for unlocking the potential of this technology. 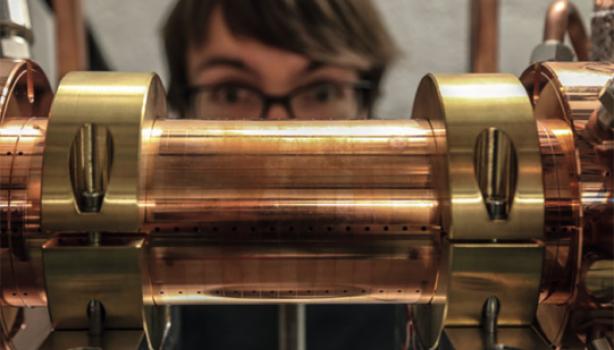 What if accelerators could be more compact and more cost-effective? 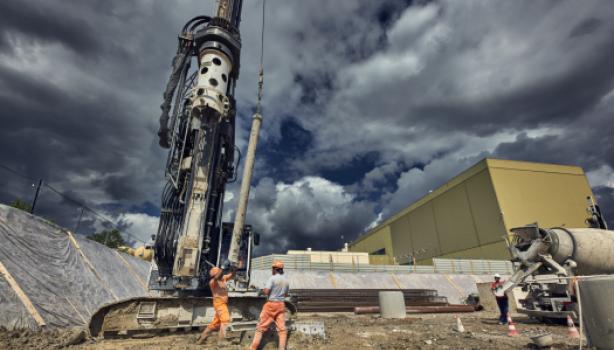 Civil works have begun on the ATLAS and CMS sites to build new underground structures for the High-Luminosity LHC. 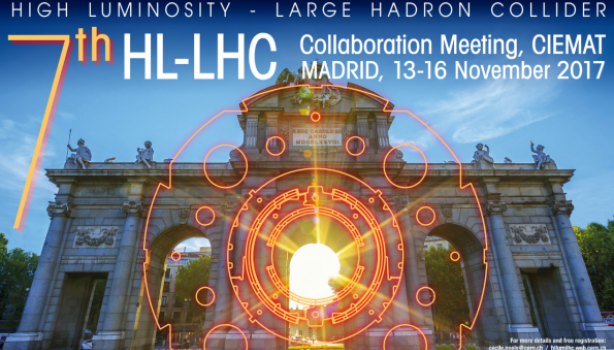 A bright future for HL-LHC

The 7th HL-LHC annual collaboration meeting in Madrid reviewed the current progress and set the goals for next year.

Particle Accelerators continue to push the envelope of current technologies. For example, a major goal of the Free Electron Laser community is to capture real time footage of atomic dynamics.  This will require incredible effort and attention paid to the design, manufacture, and implementation of accelerator structures and control systems. To this end, it has become apparent that the introduction of more advanced control methods that incorporate machine learning/AI components is necessary to operate the next generation of accelerators.

Artificial intelligence (AI) research has a long and complex history; which can be traced back all the way to antiquity. As is often the case science fiction got there first, with fantastical stories about thinking machines called “robots” a term first coined by Karel Čapek in 1920.  Artificial intelligence as a serious research field began in 1956 at Dartmouth College where it was predicted that a machine as intelligent as a human being would be developed within a generation. Unfortunately, 70 years later a machine with a general purpose intelligence equal to that of the human brain is still science fiction.  However, modern techniques from machine learning/artificial intelligence have demonstrated great utility in a variety of application areas and have been embraced by a number of large technology companies and research institutions in recent years.  Modern examples of AI are all around us, including voice recognition software, translation algorithms, financial fraud detection algorithms, and in the near future self-driving cars.

Figure 2 - The Intelligent Controls for Particle Accelerators 2018 workshop took place on the last two of January 2018. Photo courtesy of STFC

Although artificial intelligence finds a large of number of diverse applications, the underlying principles are largely the same.  For example the recipe for training a neural network (one specific kind of machine learning tool) can be rather basic and in some ways similar to the way that humans learn. First, a neural network with randomly initialized weights is created. In supervised learning, these weights are then updated by iteratively exposing it to pairs of input data and correct output data. During the training process the trainer is in fact adjusting weighting factors until the network gives the correct answer. While mathematically this is a simple procedure, the representations the network forms can be useful for very complex tasks.  The ‘mystical’ part of the neural network is the extreme number of algebraic terms and ‘countless’ cross multiplications involved. In principle, a neural network with the appropriate nonlinear activation functions can in principle learn to approximate any function that meets certain conditions. This principle is known as the universal function approximation theorem [1].

Particle accelerators are in many ways ideal for machine learning techniques; they are massively complicated interconnected machines displaying a number of nonlinear and complex phenomena. Particle accelerators are formed of a number of different interacting sub-systems, each component operating on its own process cycle time, which can result in long term cyclical behaviour in the machine.

In the 1980’s efforts were made to apply AI methods to particle accelerator control systems. Unfortunately due to a lack of computing power these efforts produced few actionable results. Since the beginning of the 21st century computational power has exploded by several orders of magnitude while costs have fallen. The increase in available computer power has been accompanied by renewed interest applying in AI methods to particle accelerators. These range from using genetic algorithms to optimise particle beam properties, neural networks for improved prediction and optimisation of the radiation properties of Free Electron Laser output radiation [2], Gaussian process optimization for machine tuning, and developing better control policies [3] for key accelerator sub-systems.

The workshop first learned about the various hardware issues involved in operating an accelerator facility and how one could adapt legacy control systems to suit modern control methods. One key point that came up during the workshop is that in order to get the best performance from AI control methods high quality data is essential. Such data must be accurate and precise, time-stamped and cross calibrated. Many of the talks were focussed on the application of AI techniques to a variety of different particle accelerator subsystems, such as electron gun water cooling, high power RF, and particle orbit control systems. Modern beam-based feedback systems in use at various international facilities were then presented while outlining a path forward to address limitations of the present control systems using advanced AI-type control policies.

The workshop ended with a lively discussion on the future of AI-type accelerator control systems, what diagnostic data from current machines is needed and how the community may better collaborate in this area. Talks can be found here https://eventbooking.stfc.ac.uk/news-events/intelligent-controls-for-particle-accelerators-399?agenda=1 with video of Day 2 talks here https://tv.theiet.org/?event=4711

The ICPA workshop was made possible with sponsorship from the IET, IOP, ASTeC and the Cockcroft Institute. 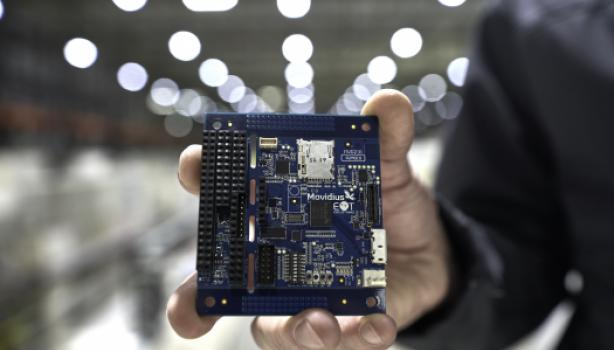 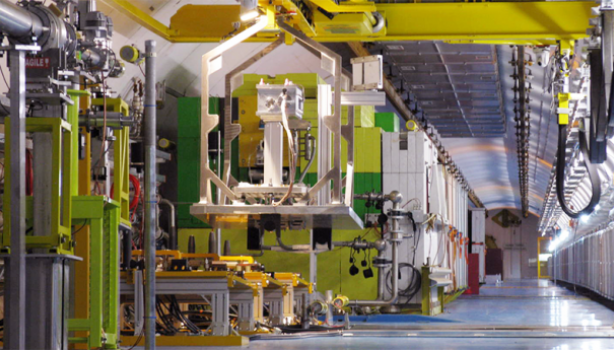 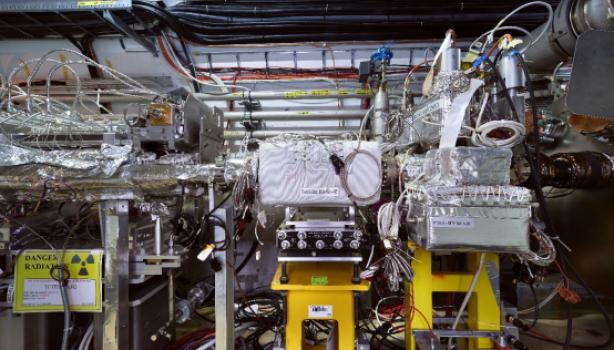 P8 towards HL-LHC thanks to a new absorber

The first definitive component of the High-Luminosity LHC has been installed, in a prime example of collaboration across different groups.

Emission control has turned into the most important driving force for developments in the ship industry in line with the sustainable development goals that the UN set for the 21st century.  In the past, extensive R&D effort has been allocated to control harmful emissions from ships given that approximately 90% of all goods traded worldwide travel on commercial ships that mainly burn low-quality heavy oil. ARIES aims at extending the accelerator reach to societal applications, and it brought together regulating authorities, shipping companies and industries, universities and research laboratories to explore a new avenue to reduce exhaust gas emissions from maritime trade.

The aim is to develop new accelerator-based gas treatment technologies laying at the border between physics and chemistry, which are applicable and practical for ship operators while they guarantee a high level of safety and reliability.

The combustion of gases inside the diesel engines emits harmful gasses in the atmosphere, a fact that raises concerns especially close to highly populated areas and closed seas. As a result, restrictive regulations apply in many areas as is the case of the Baltic sea and soon in many of the US coastal areas. Moreover, pollutant gases can often spread within 400 km from the coastline, influencing the air quality within several hundreds of kilometers. To cope with continuously increasing environmental demands, gas emissions from existing ships’ engines have to be reduced and a new world-wide regulations will be implemented as of 2021. Combination of cleaner fuels, engine modifications, add-on retrofits and other measures can be used to reduce exhaust gases emissions.

The main harmful gasses emitted from commercial ships are nitrogen oxides (NOx) and sulphur oxides (SOx). Primary methods aim at reducing the formation of these gases by using costly low-sulphur fuels and improving the engine design and maintenance, or by adopting proper retrofitting devices, such as scrubbers and selective catalytic reactors. These technologies allow a reliable reduction of SO2 or of NOx, while no system allows eliminating both, and all suffer the drawbacks of high cost, large footprints, an impact in the efficiency of the engine and additional fuel consumption.

To reduce further possible emissions, we need to develop innovative approaches for treating the exhaust gases after the engine. Accelerators could produce beams of electrons at an energy of 300-500 keV that would interact with the emission gases and induce molecular excitation, ionization and dissociation breaking the larger NOx and SOx molecules making easier the suppression of the remaining gases in a small “scrubber” placed after the accelerator in the exhaust pipe, which washes out using seawater the polluting molecules.

The electron-beam treatment technology was first developed in Japan in the 1970s and was recently revived in Poland to reduce carbon emissions from its power plants. The developments took place at the Warsaw Institute of Nuclear Chemistry and Technology (INCT), which is a member of ARIES and holds a patent on this technology. As 90% of electricity in Poland is produced from coal combustion and hence reducing gases that contribute to air pollution has been a key issue. A full-scale electron beam accelerator facility allowed to treat flue gases from coal-driven power plants, leading to a significant reduction in emissions of sulfur dioxide, nitrogen oxides and polycyclic aromatic hydrocarbons. The same technique could also help us reduce emission gases from ships.

In this process, the gases are cooled to between 70°C and 90°C with a spray of water and then diverted into a reaction chamber. There the wet gases are exposed to low energy electron radiation from an accelerator, not much different apart the higher energy from the tubes found in old television sets. Ammonia is then added to neutralize the SO2 and NOx, causing them to change chemical form and become solid aerosols. A high efficiency machine gathers and filters these sticky particles, converting them into high-quality fertilizer with the remaining “clean” gases leaving through the chimney. Ship exhausts are different from power plant fumes, but an experiment at INCT treated with an electron beam fumes with the same composition as the exhausts of a ship engine. The results indicate that similar high-level cleaning efficiencies can be reached.

During the workshop, participants shared their experience from engine designing, gave feedback from research conducted on test facilities, and discussed results from measurements on ships in operation. Moreover, they discussed how one could achieve in an economical fashion the required emission levels that could meet new international regulations. There was a wide consensus that this technology is very promising, but it still requires testing first on real ship engines onshore and later in a marine environment aboard a ship. Additional  R&D is required to fit the accelerator in the challenging environment of an engine room (or of a ship funnel!) as well as an economic analysis to highlight the financial advantages with respect to other solutions.

A key challenge for engineer designers is to ensure the highest level of safety and reliability of the equipment installed on ships, while taking into consideration the different types of applications on vessels operating around the world and emission control regulations between different regions.

All in all, this novel technique has the potential to reduce the marine diesel exhaust gas; a challenge that becomes particularly topical given the increasing need for transportation of goods and the tighter rules towards a greener environment. The meeting exemplified that the design and advancement of accelerators goes beyond fundamental physics and genuinely contributes to the goals of sustainable developments for the 21st century.

You can find more information about the meeting and a full list of the participants in the Indico page of the event. 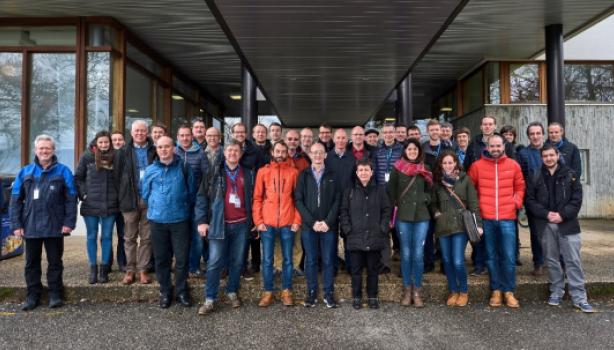 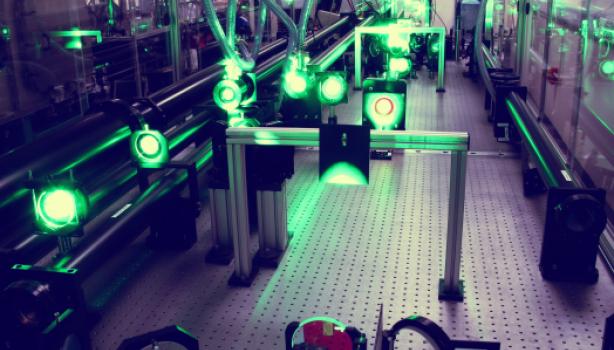