The ion-beam injectors of the MedAustron facility in Austria. Image: MedAustron/T Kästenbauer

MedAustron, an advanced hadron-therapy centre in Austria, has treated its first patient with carbon ions. The medical milestone, which took place on 2 July 2019, elevates the particle-physics-linked facility to the ranks of only six centres worldwide that can combat tumours with both protons and carbon ions.

When protons and carbon ions strike biological material, they lose energy much more quickly than photons, which are traditionally used in radiotherapy. This makes it possible to deposit a large dose in a small and well-targeted volume, reducing damage to healthy tissue surrounding a tumour and thereby reducing the risk of side effects. While proton therapy has been successfully used at MedAustron since December 2016, treating more than 400 cancer patients so far, carbon-ion therapy opens up new opportunities to target tumours that were previously difficult or impossible to treat. Carbon ions are biologically more effective than protons and therefore allow a higher dose to be administered to the tumour.

MedAustron’s accelerator complex is based on the CERN-led Proton Ion Medical Machine Study, the design subsequently developed by CERN, the TERA Foundation, INFN in Italy and the CNAO Foundation (see “Therapeutic particles”). Substantial help was also provided by the Paul Scherrer Institute, in particular for the gantry and beam-delivery designs. The MedAustron system comprises an injector, where ions from three ion sources are pre-accelerated by a linear accelerator, a synchrotron, a high-energy beam transport system to deliver the beam to various beam ports, and a medical front-end, which controls the irradiation process and covers all safety aspects with respect to the patient. Certified as a medical product, the accelerator provides proton and carbon ion beams with a penetration depth of up to 37 cm in water-equivalent tissue, and is able to deliver carbon-ions with 255 different energies ranging from 120 to 400 MeV with maximum intensities of up to 109 ions per extracted beam pulse.

The MedAustron proton/carbon-ion synchrotron was constructed in collaboration with CERN, the TERA Foundation, INFN and the CNAO Foundation, with help from PSI. Image: MedAustron

“The first successful carbon-ion treatment unveils MedAustron’s full potential for cancer treatment,” says Michael Benedikt of CERN, who co-ordinated the laboratory’s contributions to the project. “The realisation of MedAustron, through the collaboration with CERN for the construction of the accelerator facility, is an excellent example of large-scale technology transfer from fundamental research to societal applications.”

Particle therapy with carbon ions was first used in Japan in 1994, and a total of almost 30,000 patients worldwide have since been treated with this method. Initially, treatment with carbon ions at MedAustron will focus on tumours in the head and neck region, and at the base of the skull, but the spectrum will be continuously expanded to include other tumour types. MedAustron is also working on the completion of an additional treatment room with a gantry that administers proton beams from a large variety of irradiation angles.

“Irradiation with carbon ions makes it possible to maintain both the physical functions and the quality of life of patients, even with very complicated tumours,” says Piero Fossati, scientific and clinical director of MedAustron’s carbon ion programme.

This article first appeared in the CERN Courier. Jorgen D'Hondt is the chairperson of the ECFA. 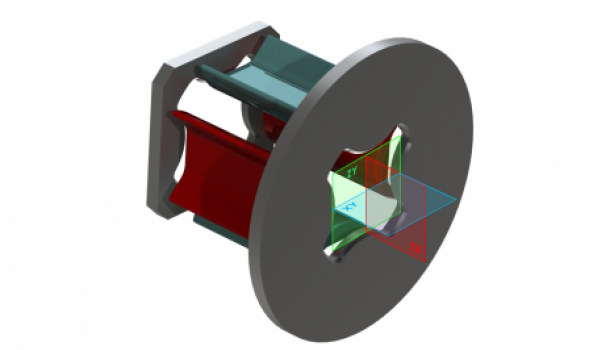 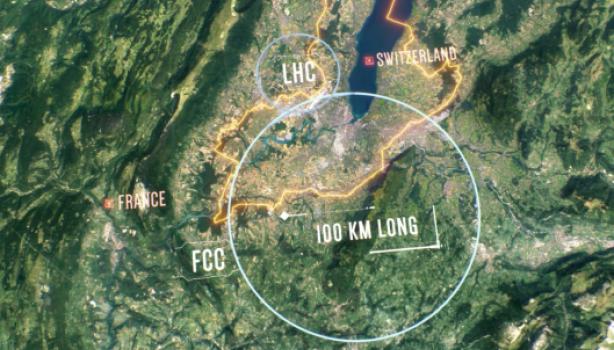 A recently proposed acceleration scheme could further increase the performance of a technology-ready circular lepton collider and boost the exploratory potential of the FCC integrated programme.