A big step towards the superconducting magnets of the future

Last April, the FRESCA2 dipole magnet reached a field of 14.6T. This field value sets a new world record for dipole magnets with a free aperture, and breaks the old record established in 2008 of 13.8T by LBNL with the HD2 dipole magnet.

The development of magnets with fields beyond 10T started in Europe in 2004 with the FP6-CARE-NED project where the basic technologies were developed and specifically the Nb3Sn conductor which is the workhorse for the HL-LHC 11 T magnet, the LHC luminosity upgrade programme and baseline option for the more powerful 16T magnets for the Future Circular Collider study.

“FRESCA2 has already played an important role in the development of the new magnets for the High Luminosity LHC and will soon help develop the next generation of magnets." says Gijs de Rijk, head of the FRESCA2 programme.

The FRESCA2 dipole magnet design and construction was started in the framework of the FP7-EuCARD-HFM project in 2009 and has been co-financed by HL-LHC. The FRESCA2 magnet is much larger than a LHC magnet, measuring 1.5 m in length and 1 m in diameter. This allows the magnet to have a large aperture, measuring 10 centimetres, so that it can house the cables being tested, as well the sensors to monitor their behaviour. 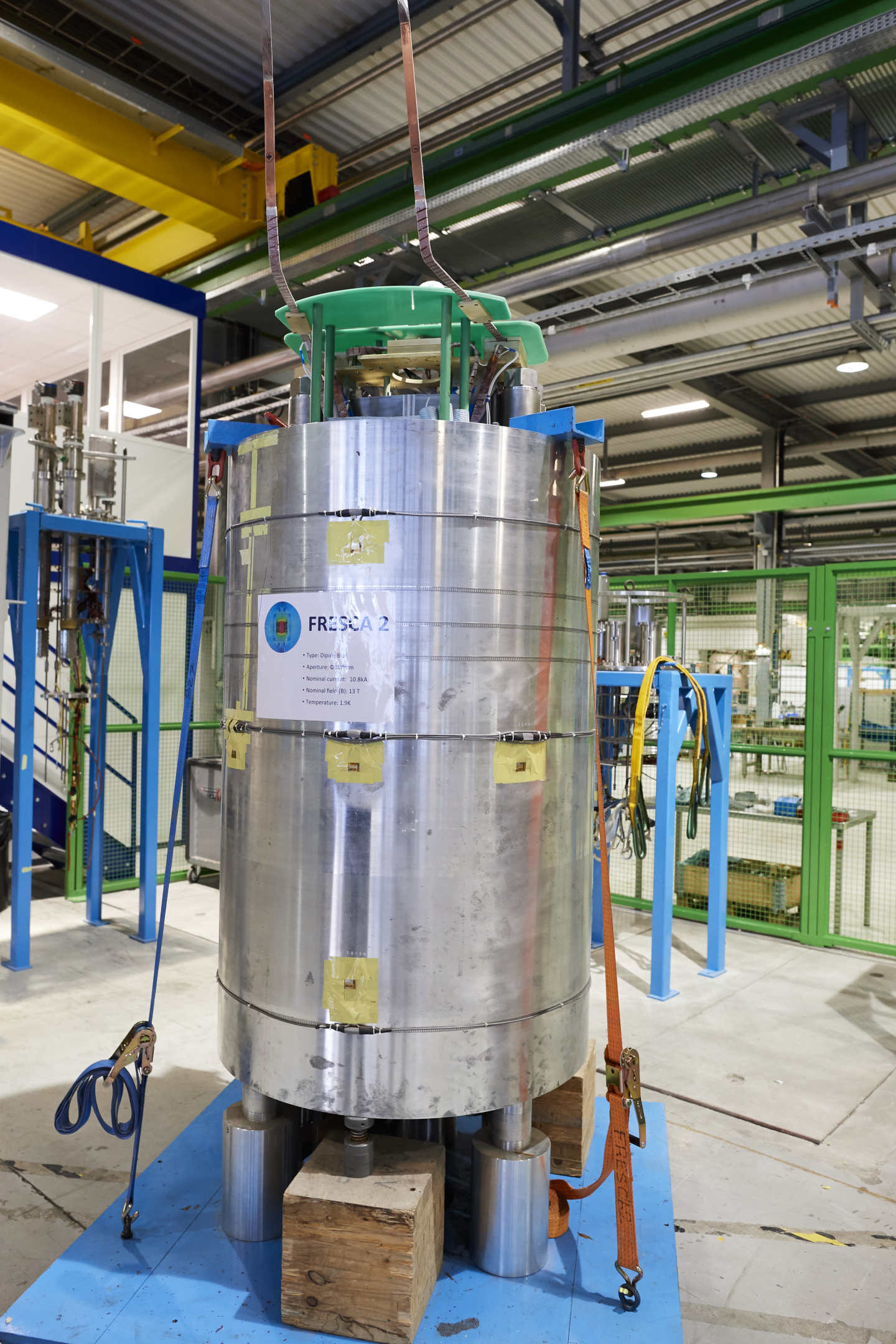 The FRESCA2 magnet before the start of the tests. (Image: Maximilien Brice/CERN).

The magnet is the outcome of a successful collaborative effort between CERN and CEA-Saclay. The technology developments for FRESCA2 were essential for the new Nb3Sn magnets of HL-LHC. Formed by the superconducting niobium-tin compound and cooled to 1.9 kelvin (-271°C), it had already reached a field of 13.3 teslas in August 2017. Then, with a modification of the mechanical pre-stressing, it started a new series of tests in April before reaching its record intensity.

FRESCA2 will also be used to test coils formed from high-temperature superconductors. The goal is to test not only the maximum electrical current but also study in depth the effects of so high magnetic fields and the behaviour of the coil. Results from these measurements feed current efforts to design high-field magnets for future energy-frontier colliders.

The magnet was tested to the nominal operating field, and achieved 13.3T in August 2017 after a very rapid training of 5 quenches. As a second step, the mechanical preload was increased and the magnet was retested in April 2018 to explore the ultimate operating limit. In this configuration FRESCA2 reached a maximum bore field of 14.6T at a temperature of 1.9K with additional 6 training quenches. The tests are currently being performed in the new purposely built test cryostat of the SM18 cryogenic test station at CERN.

This result is a major milestone in the progression towards high field accelerator magnets beyond HL-LHC. The future of FRESCA2 is to provide background fields for tests of cables and small coils, a new facility that will provide unique test capabilities. 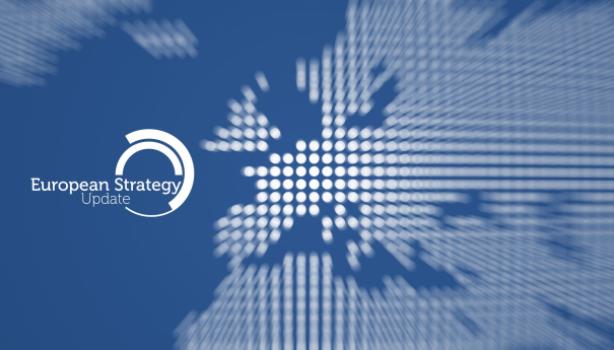 The new electron lens test stand paves the way for the HL-LHC upgrade.

The ARIES Photon Beams 2017 Workshop was held in Padua, Italy in late November 2017.