From particles that are one hundred billion times smaller than a human hair’s width to galaxies consisting of hundreds of billions of stars, physicists are used to understanding things that are beyond the limits of human senses. Carefully designed experiments, such as the LHC, produce masses of data about the unseen that we can turn into information about our universe. This new information fuels a next generation of experiments, taking our understanding deeper and further. At each stage we update the illustrations and texts that make scientific discoveries at smallest and largest scales accessible to the human mind.

If you have a visual impairment, then not being able to see these illustrations is an immense barrier to understanding the science.

In the early days of Tactile Collider, project leaders Dr. Rob Appleby (University of Manchester), Dr. Chris Edmonds (University of Liverpool) and Dr. Marieke Navin (SHIFT digital) visited St Vincent’s School for the blind (Liverpool), where they observed lessons in science labs that had much in common with arts and crafts rooms. Teachers seemed to be engaged in a continuous process of preparing materials that make topics such as the solar system and planetary motion accessible to pupils with a wide spectrum of visual impairments.

Tactile maps, special diagrams with raised features that can be explored by hand, are often used to convey concepts, but these do not simply replace illustrations. Dr. Chris Edmonds said “vision allows us to take in high resolution pictures very quickly. If you can’t see, building up the same information using touch can be time consuming”, for this reason VI people can progress through teaching materials at a slower rate than sighted peers. The Tactile Collider team aimed to create an innovative set of educational resources, linking cutting edge physics research to curriculum and exploring new methods of communicating science with VI audiences.

Dr. Rob Appleby said: “We wanted to ensure we were creating an experience that was right for our audience, and to do that it was really critical for us to talk to our audience.” The team spent time with representatives of the VI community at museums, in schools and at Daresbury laboratory. They met people whose preferred approach would build up a mental picture from tactile maps and models by rapidly scanning their hands over them, those who enjoyed the authenticity of real objects and others who would choose audio over tactile resources. These experiences were used to drive the development process, leading to activities that allow the Tactile Collider audience to explore physics concepts through different mediums.

In January 2018, pupils from Bolton were amongst the first to experience a Tactile Collider event. The 90 minutes begin as pupils are introduced to CASSIE (Conceptual Accelerator Setup Supporting Inclusive Education), a life size model of a particle accelerator. Designed to be light weight and transportable, the steel plated CASSIE is cold and solid to the touch, bringing some of the authenticity of visiting a real particle accelerator.

Surrounding the model accelerator are four activity stations, where students explore particle physics, magnetic fields, particle acceleration and the detection of the Higgs boson. The activities feature 3D printed objects that can be pieced together to build particle accelerator components, tactile maps that guide you through accelerator physics concepts and immersive audio experiences that take you inside the LHC. At the heart of each station is a Cockcroft Institute PhD student, who brings the activities together, informing the pupils about research and helping to develop young people’s attitudes towards science and scientists.

The people within the Tactile Collider team have been instrumental to the success of the project, which has recently won two awards at the University of Manchester’s Better World Showcase. Students from the Cockcroft Institute have contributed significant amounts of time to both producing and delivering Tactile Collider. Under the expert guidance of external consultants, including Kirin Saeed (specialist in audio and video description), team members have developed their ability to open communication with audiences who are underrepresented within the physics community. Dr. Marieke Navin said: “The staff and students working with us are the lecturers of tomorrow, by training these scientists we are tackling the problem of underrepresented audiences”.

Tactile Collider will resume its 2018 UK tour with events in Hereford (13th & 14th March), Bradford (19th April), Glasgow (13th June) and Edinburgh (14th June). Teachers visiting these events will also be able to participate in continuing professional development (CPD) sessions, which aim to support teachers in using Tactile Collider resources and to raise awareness of methods of science teaching that are inclusive of VI audiences. Robyn Watson, a teacher with Bolton Visual Impairment Team, contributed to the development of sessions and is coordinating school enrolment to events, she commented “the needs of students with VI are often an afterthought, however a few thoughtful tweaks and alterations can enable a student to get to grips with complex theories. This boosts confidence, aspirations and makes students feel like valued members of a class.”

Beyond the class room, Tactile Collider will also be found alongside the Cockcroft Institutes existing public engagement activities at summer festivals, including bluedot (20th – 22nd July 2018).

The Tactile Collider project is funded by STFC. 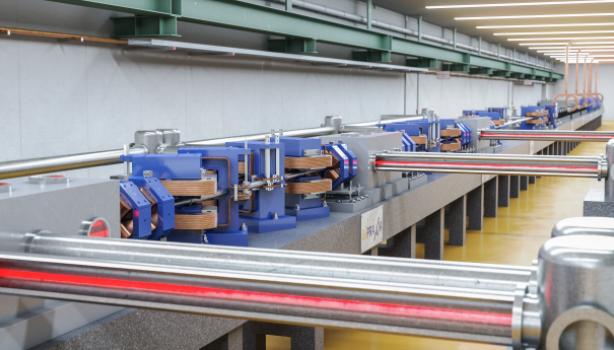 Improving access to FEL facilities through the CompactLight project

One of technologies used by CompactLight is the high-gradient normal conductive RF acceleration in the X-band, developed at CERN within the context of the CLIC study. 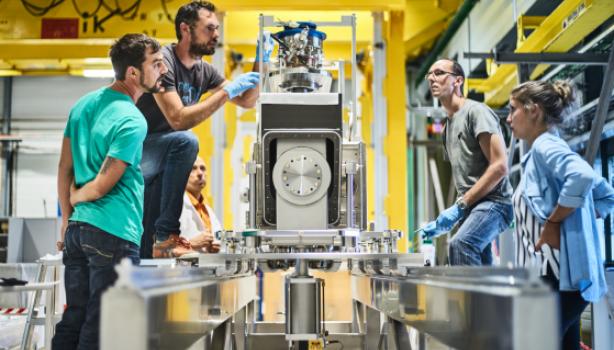 Crab cavities will help increase the luminosity of collisions in the High-Luminosity upgrade of the LHC.